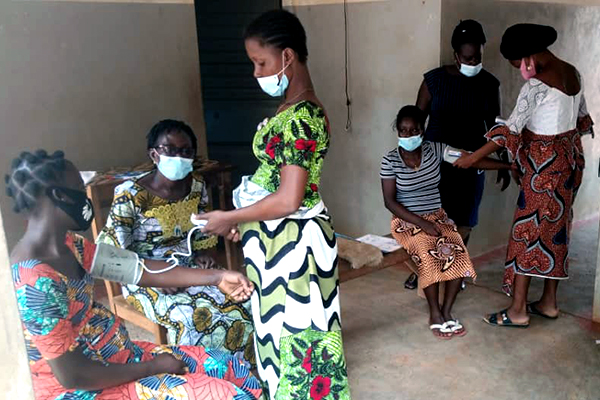 In late 2020, the U.S. President’s Malaria Initiative (PMI) Impact Malaria Benin surveyed more than 2,400 households in Atlantique department. The purpose of this baseline study was to see if group antenatal care could have an effect on women’s use of intermittent preventive treatment of malaria in pregnancy (IPTp) and if information received from pregnant women during routine antenatal care visits could stand in for more costly malaria indicator surveys led with the overall population.

The survey results showed that about 28% of children under 5 tested positive for malaria via rapid diagnostic testing. Also, 88% of women who gave birth in the past year had received at least one dose of IPTp, and similarly to 2017 data, 69% of women had received two doses. Finally, 40% had received the recommended target of three doses at baseline.

The household survey was vital for determining the population’s coverage with malaria interventions at baseline, as well as measuring the success of the overall objectives of the operational research study once the group antenatal care or pregnancy circles intervention is completed.

Highlights of this project: 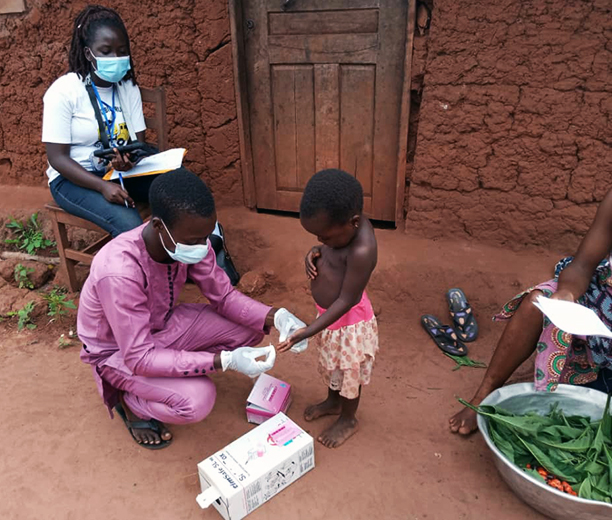 Part of the baseline study, a community health worker pricks a child’s finger to test for malaria in the Toffo Commune of the Atlantique Department in Benin. 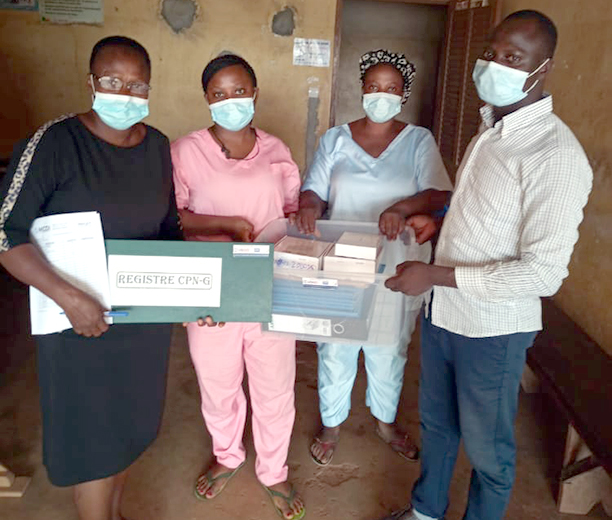 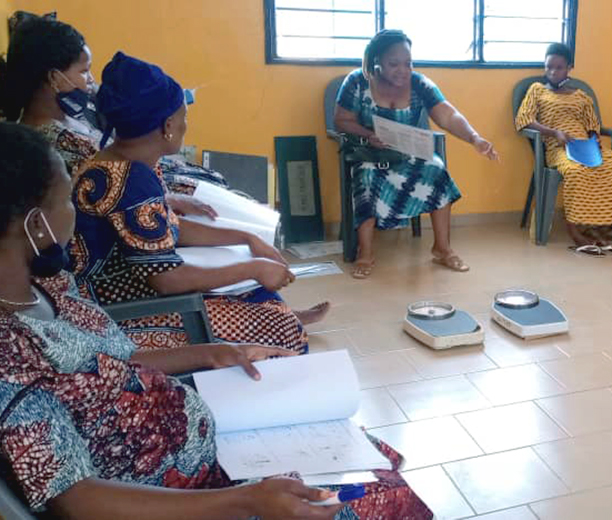 A midwife runs a group antenatal care meeting with pregnant women in Benin earlier in 2022. 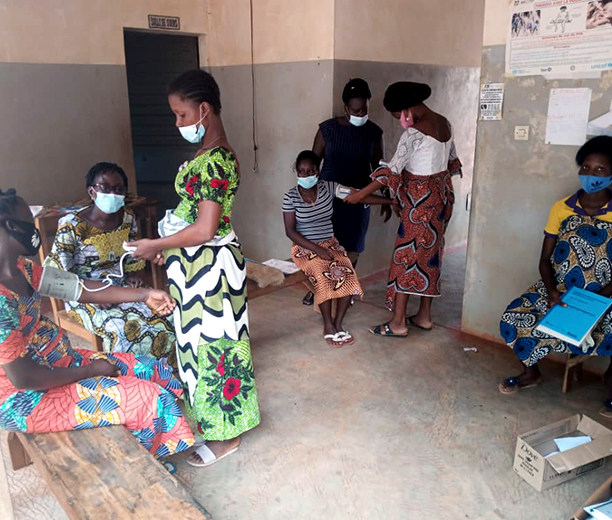 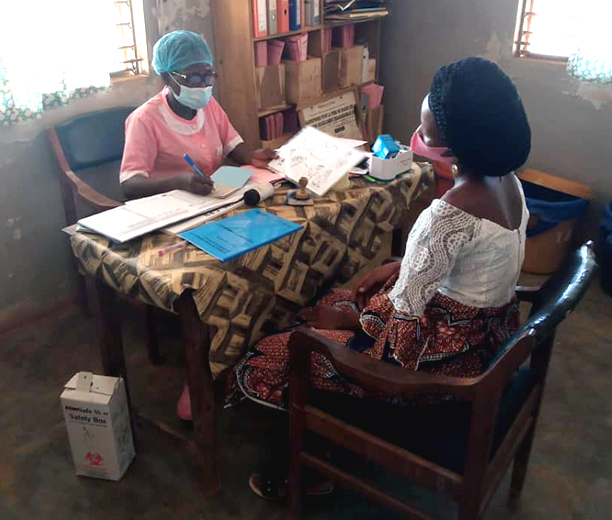 A health worker meets with a pregnant client as part of the PMI Impact Malaria Benin’s malaria surveillance efforts during routine antenatal care.